The presence of groundwater has an impact on productivity at underground operations. Conventional design approaches focus on either hydrological or mechanical simulations, without acknowledging the interconnectivity of both problems.

Our simulations capture the increase in hydraulic conductivity due to the evolution of rock mass damage. They also accurately predict the developing flow paths along discontinuities.

Beck Engineering has been developing coupled hydro-mechanical models since 2007 for some of the world’s largest open pit and underground operations.

Speak to one of our engineers to learn more about our simulation techniques and capabilities. 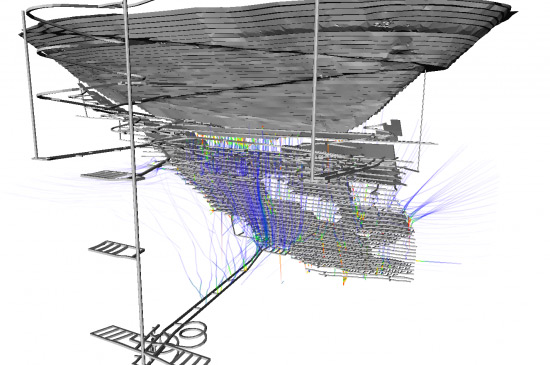 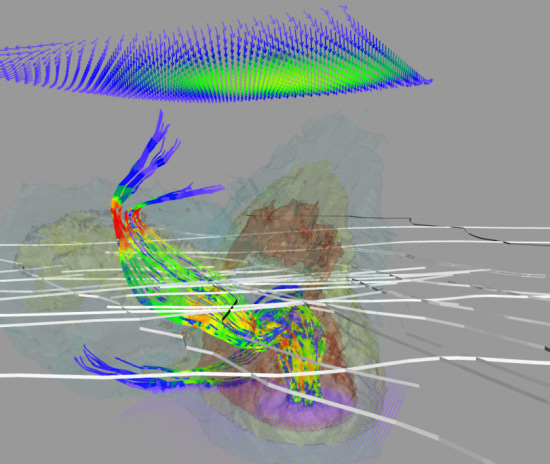 Very significant damage, as well as a high flow system evolves at the confluence of major fault structures due to fluid influx through the magma chamber at the bottom of the image.