The presence of groundwater has an important impact at many mining sites. The pore water pressure (pwp) affects the stresses within the solid skeleton of the porous material, thus deformations (subsidence), strains and the amount of damage. Also, for the hydrological response, the drainage required to sufficiently affect the pwp distribution around excavations, as well as the expected influx rates associated with this drainage schedule are of great interest.

This problem is a coupled problem: As rockmass damage influences the hydraulic conductivity and as a consequence the resulting pwp-distributuion, which in turn affects the mechanical response. BE developed a framework to efficiently solve the hydro-mechanically coupled problems even for 3D, large-scale discontinuum models including high levels of complexity for both geometric resolution and mining activity sequence.

An important outcome of the coupled simulation is the evolution of new additional fluid flowpaths due to mining induced rock mass damage. This aspect needs to be considered carefully, as this in turn may adversely effect the pwp distribution and flux rates.

Coal mine, assessment of hydraulic interconnectivity between aquifers (top sedimentary layer and coal seam) across an aquitard. From left to right: pwp-distribution, rockmass damage, damage on bedding planes and faults. 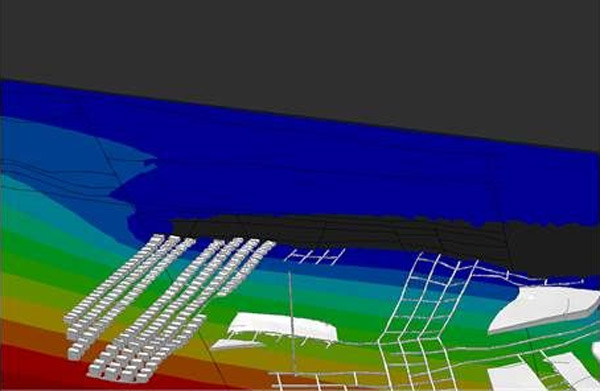 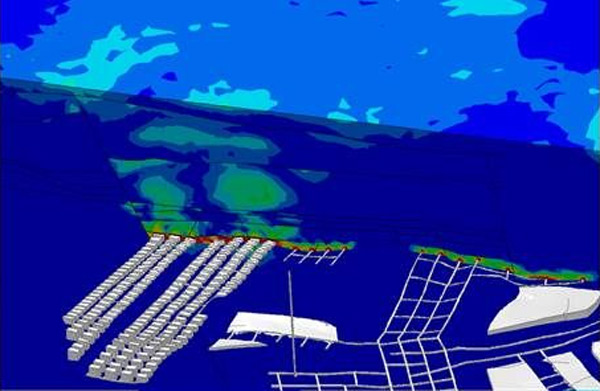 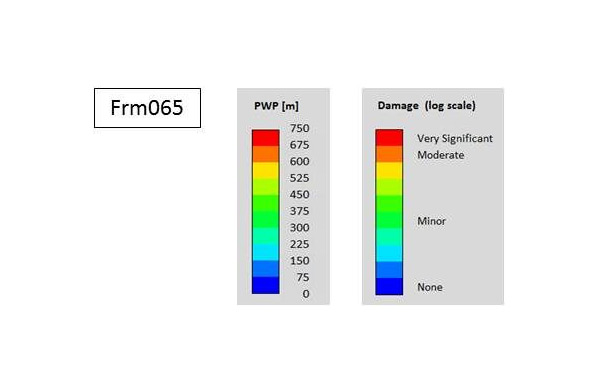 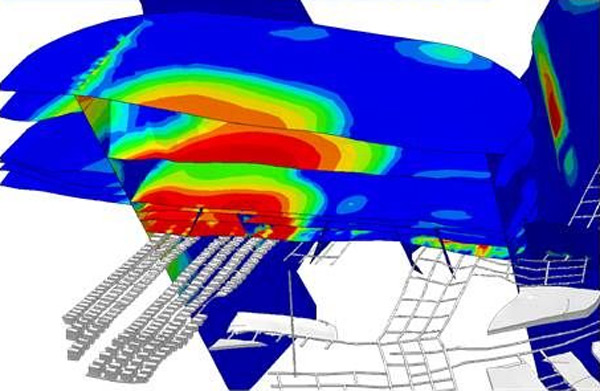 Utilization of the hydro-mechanical coupling framework to model increased flow through fragmentated rock within the cave region. The cave growth is modelled using another coupling of the mechanical response to a solid particle flow code. 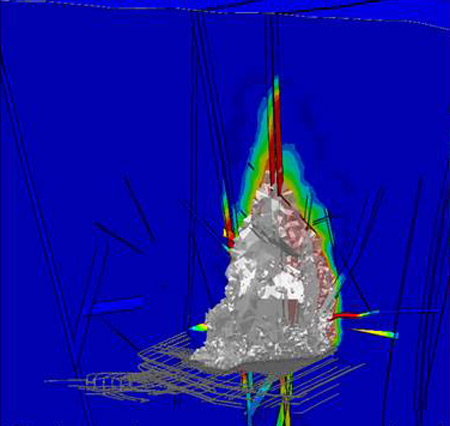 Utilization of the hydro-mechanical coupling framework to model increased flow through fragmentated rock within the cave region. The cave growth is modelled using another coupling of the mechanical response to a solid particle flow code. Clockwise from left: current state of cave shape, an equivalent rockmass damage distribution, resulting pwp-distribution. 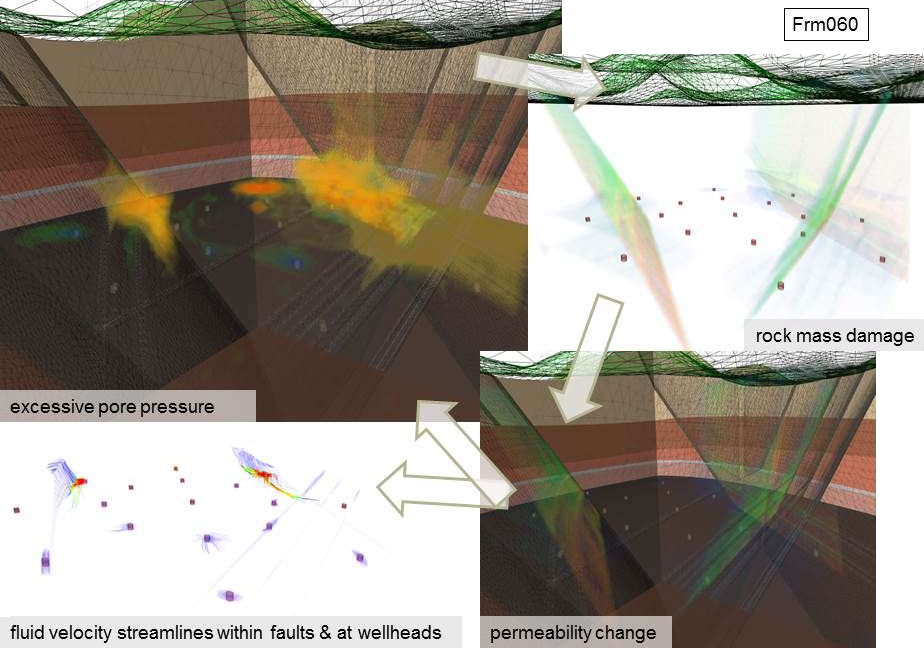 Interaction of the hydro-mechanical coupling framework for a production/injection well schedule within a reservoir: excessive pore pressure cloud, influencing the mechanical response (here: rockmass damage), leading to a change in hydraulic conductivity, affecting the fluid flow direction and magnitude as well as the pwp-distribution. 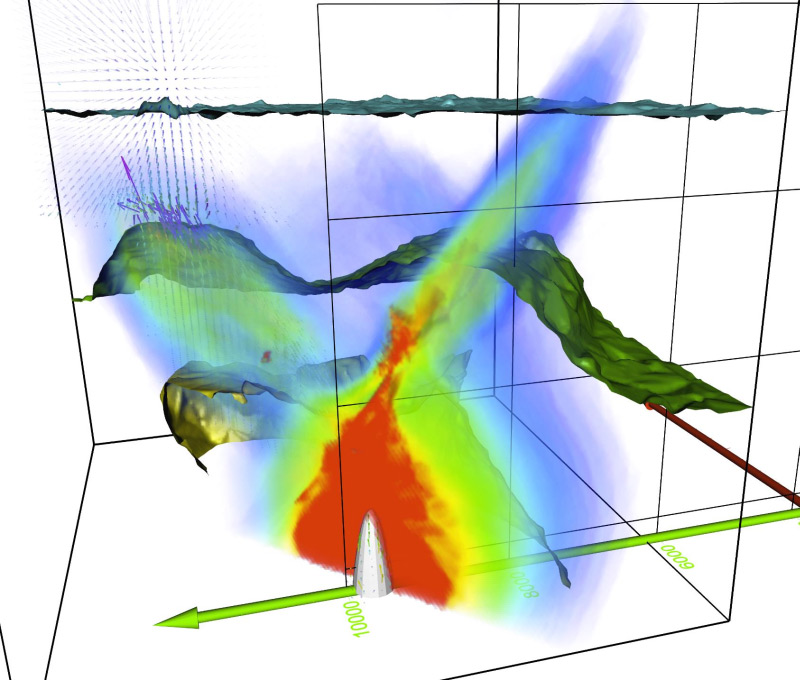 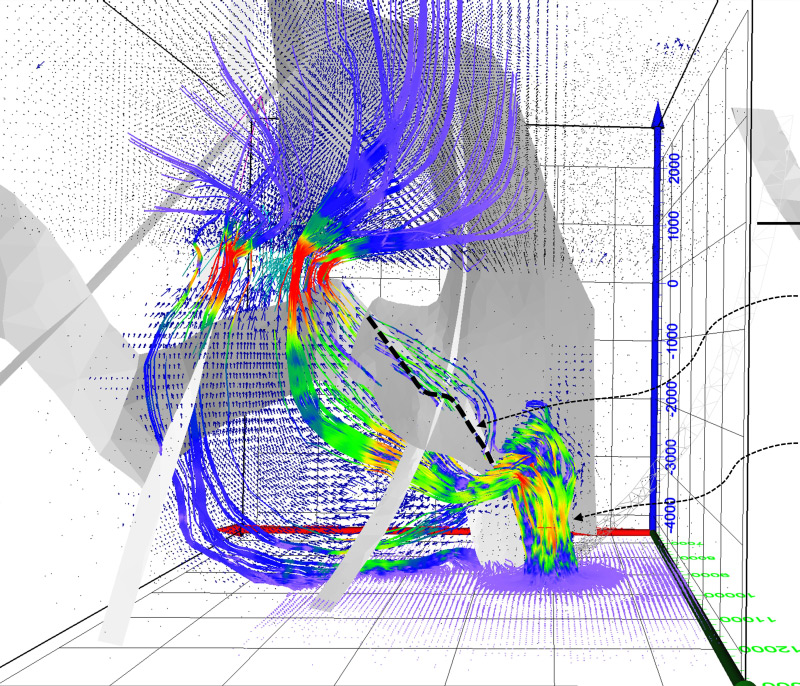